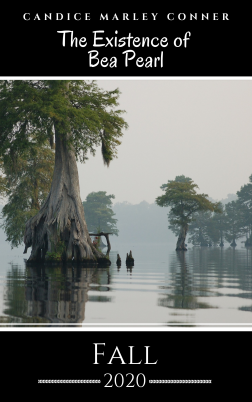 Sixteen-year-old Bea Pearl knows her brother isn’t dead. Even if her parents don’t agree. Even if the entire town doesn’t believe her. She knows it’s true. When orders came to evacuate Lake George due to rising floodwaters, Bea Pearl saw Jim head toward the river. She followed him. Only she returned.

When her parents have Jim declared legally dead, Bea Pearl decides it’s up to her to figure out where her brother could be if he is alive, and so begins to unravel the mystery of his disappearance. But it seems like someone else wants to know what he was hiding when his bedroom is ransacked. More clues come together: a scrap of paper, mysterious numbers that may lead to swamp monkeys, Jim’s shoes turning up in unexpected places. Bea Pearl can’t figure out what connects them all until she’s stolen from her bed in the dead of night.

Bea Pearl’s insistence that Jim’s alive and her quest to figure out why he went down to a flooding river in the first place takes a toll on her shattering family. But she must unearth the truth surrounding her presumed dead brother. Otherwise, the rumors are true and she has killed him. Because if Jim can stop existing, could she too?