Benjamin Sperduto is a copywriter and former history teacher who has also worked as a freelance editor and writer. As an only child growing up in rural Ohio, he developed an overactive imagination from an early age. When it was no longer socially acceptable to fight orcs and cave trolls with his homemade wooden sword, he turned that imagination toward writing fiction and creating fantasy worlds for roleplaying games.

His first two novels, The Walls of Dalgorod (2015) and Mirona’s Law (2017), draw heavily upon his graduate studies in Russian history. When not writing or developing his latest roleplaying game idea, he also records electronic music under the name Morana’s Breath. A graduate of the University of South Florida, Benjamin lives and works in Tampa, Florida, where due to his casual relationship with a razor and comb, he is sometimes mistaken for a person of interest. For a full list of publications and fiction updates, visit his website. 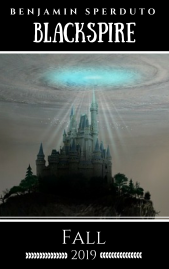